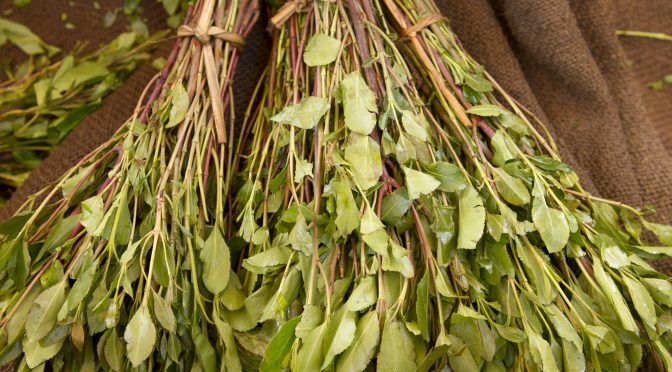 Khat refers to the leaves and shoots of Catha edulis, a flowering evergreen shrub that grows in East Africa and the Arabian Peninsula.

It is used by chewing the plant’s fresh leaves, which have the most potent effect, and by smoking it, making Arabian tea from it or sprinkling it on food.

Although some users compare khat to coffee, it actually has more similarities with cocaine and other amphetamines, says Karen Griessel, a social worker at SANCA Wedge Gardens substance abuse treatment centre in Johannesburg.

She explains that Cathinone and Cathine are the primary psychoactive ingredients found in khat. Both are chemical compounds, with structural similarities to amphetamine.

“Because their appetite is reduced and fatigue is lessened, khat users often rely on the drug to get them through work,” says Griessel.

Khat addiction then develops as the user has a psychological dependence on it.

“Some symptoms of khat addiction include cravings, a preoccupation with the drug and giving up social or professional responsibilities to use it,” says Griessel.

Griessel explains that high doses of khat, combined with a lack of sleep, can cause paranoid or grandiose delusions, violence and schizophrenia psychosis. Hallucinations may also be present, caused by the high accumulation of dopamine in the brain.

“The long-term effects are potentially life threatening and include anorexia, hypertension, gastric disorders, liver damage and an increased risk of heart disease, heart attacks and cancer of the mouth,” says Griessel.