The university’s research was done over the past year and involved 246 patients at Wedge Garden’s in-patient facility for men aged between 18 to 82 years old.

“The research highlighted addiction trends and provided valuable information regarding substance abuse for us as a treatment centre,” says Karen Griessel, a Wedge Gardens social worker.

“Our highest population age range is 18 to 39 and dwindles as the age increases. Racially, we assist more white men followed by black then coloured then Indian men.

“The population is made up largely of single men with a small percentage of married or divorced patients. Very few are widowed. Educationally, more than half have matriculated and a good portion of patients have diplomas or certificates,” she says.

Unfortunately, a very high percentage is unemployed. The report showed that in more than half of the men, their direct family is responsible for financially assisting them. “Some are self-sufficient,” she added.

Most also live with family members.

“Interestingly, half of the men were brought up in two-parent homes, followed by a large percentage of single-mother homes.

“Christianity is the major religion practised. Some of those researched have no religious affiliation while a few other religions are practised by a minority of the men.

“Half of the men have on average one or two children of their own,” says Karen.

Shockingly, more than half reported that they were between the ages of 10 and 15 when they first tried drugs. The next age group was 16 to 21 years.

Most first experimented with cannabis, alcohol and cigarettes.

Karen says that in the years leading up to their admission to the rehab centre, many said they used dagga, alcohol, cigarettes and khat.

“Another concern is that 38.8% of the sample population said that family members – mostly brothers and fathers – use drugs on a regular basis.”

According to the research, a very high percentage have been in rehab before, with some having taken the decision themselves to get help and other being urged to do so by concerned parents.

“Ultimately, it is important to understand the people we work with so we can better help them,” says Karen. 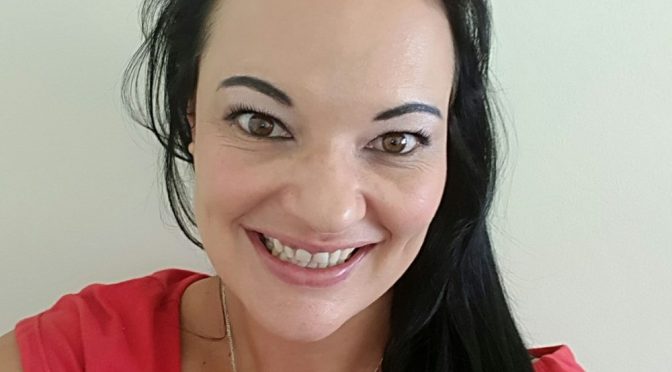 The recent videos that have created a storm across social media highlight the dangers facing our children.

Several children who smoked what was an unknown substance had to be rushed to hospital where they were treated for symptoms including seizures, psychosis, nausea, vomiting and hallucinations. At least 14 people were hospitalised after smoking the substance on the last weekend in October.

Karen Griessel, a social worker at Wedge Gardens rehab centre in Johannesburg, said that the increasing popularity of potentially-deadly synthetic herbs is a massive concern. Particularly worrying is the number of young children who expose themselves to synthesised chemicals while experimenting with what they often think are natural herbs.

The message is clear: Stay away from any substance similar to marijuana because one hit could land you in hospital.

In October 2016, Karen spoke out about patients who had used these cannabinoids,  also called K2, Spice or Herb Blend, amongst other names. She also went undercover to prove how easy it is to purchase the substance.

“My concerns regarding this unregulated substance is that it is freely available and because the chemical compound changes in every other batch produced, it is a difficult task to pinpoint, prevent and, especially, to treat.

“However, the symptoms of smoking these herbs have obviously escalated to a whole new level which should not be underestimated – as illustrated so graphically in the videos currently doing the rounds.

“I think it is of major importance that a national education campaign around these substances be held. We need to protect our children and loves ones. The younger generations, many of whom are still naïve, are most vulnerable.”

“There are also rumours that the synthetic herbs are being laced with Flakka which could have terrifying outcomes because both are extremely dangerous drugs.”

Flakka is a synthetic drug but a cathinone similar to cocaine and bath salts (psychoactive designer drug). Symptoms include hyperactivity, strength, agitation, delirium and psychosis, changes in heart rate, cardiomyopathy and heart attacks.

“Now can you imagine mixing this deadly cocktail? More should be done across all sectors to safeguard our citizens. And citizens should be made aware and educated whilst the shops selling these products so openly should be exposed.

“Please use this information and share with others so we can be empowered to fight this enemy. If you have any information regarding these drugs and the shops selling them, please do the right thing and report it.”

Wedge Gardens is available to do drug and alcohol abuse awareness talks at schools and in workplaces.

The Sanca-affiliated rehabilitation centre, situated close to both Johannesburg and Ekurhuleni, offers a diversion programme for employees whose work is being affected by addiction issues and who may thus need counselling or rehabilitation. This is in addiction to a full range of holistic substance abuse treatment programmes.

“We sent two staff members to talk about addiction and abuse, as well as what those affected can do to get help for either themselves or family members,” says Wedge Gardens’ Adel Grobbelaar.

Promotional material was also handed out.

Take a moment on June 26 to consider how drug abuse has the potential to tear apart families and even communities.

Since 1987, the International Day against Drug Abuse and Illicit Trafficking has taken place on June 26 to raise awareness of this debilitating social problem.

Wedge Gardens rehabilitation centre, situated just outside of Johannesburg, supports the Listen First initiative. Its aim is to get adults to listen to children and youth because this is seen as the first step to helping them grow up healthy and safe.

Wedge Gardens social worker Karen Griessel explains that Listen First in an initiative of the United Nations Office on Drug and Crime.

“Conversation about drug use must start with children and youth to educate them about the realities they will face: on the playground, in their communities and later, even in their workplace,” says Karen.

Talk often and listen openly, she advises. “Conversations between individuals, schools and communities need to be promoted. Listen with an open mind, ready to learn and grow. Handle conversations respectfully, without judgement, assumption or bias.”

Karen says that last year 190 000 people died of drugs globally. This figure does not take into consideration the health implications – like TB, HIV and hepatitis – of those using drugs or the increased prevalence of drug trafficking and drug-related gangsterism.

According to the World Drug Report, synthetic and psychoactive drugs being spread through modern cybercrime and dark-net business deals is of concern. Development, health, peace and human rights are being attacked on a severe scale due to drug use worldwide.