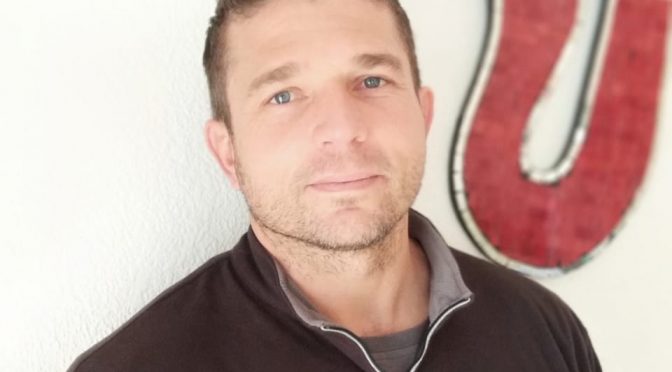 Boksburg-resident Sean Kelly (37) celebrates three years of being clean from heroin on 12 July.

Born in Mbombela (Nelspruit), Sean moved around a lot. “I mostly grew up between Benoni, Roodepoort and Johannesburg,” he says.

When he was 12, Sean started smoking, drinking and using marijuana.

“I started using mostly because I felt that I didn’t belong anywhere. My mom and dad got divorced when I was young, so my dad wasn’t really in the picture much. My mom got remarried to an abusive man, so I moved from my mom to my dad, then to boarding school and finally to my grandmother.

“There wasn’t much supervision, so I ended up hanging out with my older brother and his friends, smoking weed and taking designer drugs,” he says.

As the years passed, Sean used many substances, from alcohol to heroin.

“If I had to try and sum up my journey, from starting to use substances to finally becoming clean, I would have to say disastrous, painful, sad, lonely and way too long. Whenever you try to fill the emptiness inside yourself with a substance, it will inevitably end badly.

“I was going to raves at 13, mainly because no one cared what I did. Life was one big party after another. I never would’ve thought that 20 years later, I would be living on the street with a needle in my arm,” says Sean.

He explains that what started out as a confused teenager, trying to fit in and fun, turned into a living nightmare.

“It was a so-called self-made prison that I couldn’t escape from,” says Sean.

“The hardest and saddest part of this journey was all the people I dragged down with me. I threw away my children like they were nothing, like they were garbage, just so that I could have the freedom to shoot up heroin. I nearly drove my mother insane and pushed her way past her breaking point. The journey of an addict leaves behind a lot of collateral damage,” he adds.

“If I had to count all of the different rehabs and institutions that I have been to it would be more than 10. If I told you that all of those institutions were fantastic, I would be lying. I have spent about three years of my life in rehab, with my first stint in 2007. Hopefully my last was in 2020.”

Sean’s mother heard about SACA Wedge Gardens treatment centre when she was desperately looking for somewhere to put him.

“There were things that I learnt at Wedge Gardens that made a huge impact on me, both emotionally and mentally. The programme taught me that I needed to take responsibility for who I am. Wedge Gardens also showed me, through occupational therapy, mindfulness and cognitive behavioural therapy, what I could practically do to help me heal,” he adds.

Sean says he has been extremely blessed since starting his recovery journey to have found a good job as an automation technician at Unilever in Boksburg.

“I am also studying personal training, which I hope to complete by August. I started playing the guitar, while in the Full Circle Recovery Programme at Wedge Gardens, and I have now also started playing bass and acoustic guitar in the church band,” says Sean.

“I also started gyming at Wedge Gardens in 2017 and it has stuck with me ever since. It’s amazing, when I think about it, there are so many good things that I started while at Wedge Gardens,” he adds.

When asked how hard it is to stay clean, Sean says some days are easier than others.

“Some days I wish I could go back to rehab and hide away from the world. It took me about a year to adjust to normal life after my time on the street and my two years in rehab. I have learnt that I can’t stop doing the things that have kept me clean. There will be hard days and that’s okay. I have the tools and the support I need to make it through those days.”

To others battling a life of substance use, Sean says his biggest lesson was to be patient with himself.

“Recovery is not a quick and easy road. It takes hard work, sacrifice, perseverance and a lot of faith. I had to let go of everything and start from scratch. It was not easy, but by the grace of God I have made it this far and by the grace of God so can you,” he says.

As for the future, Sean has many plans.

“I got a chance to start again, so I will not make the same mistakes again. I am getting married in October to an amazing woman, who has been an unbelievable support to me. I will be continuing my fight to get my children back and to do my best to be a good father to them.

“I will also be building a career in personal training and will possibly work on writing enough songs for an album. I also have plans for a lot of traveling, as I still want to see the world and maybe retire in Fiji,” he says.

Sean is adamant that what sets Wedge Gardens apart from all of the other places he has been in, is the staff.

“Yes, they are professional, but they also care a lot about the patients. They are the ones who created the environment that helped me to get better,” says Sean.

“I want to thank Wedge Gardens and places like it for giving people like me, who had no hope, a chance at living a great life. They didn’t just help me overcome my addiction, they also helped me to see that I am capable of so much more,” he adds.