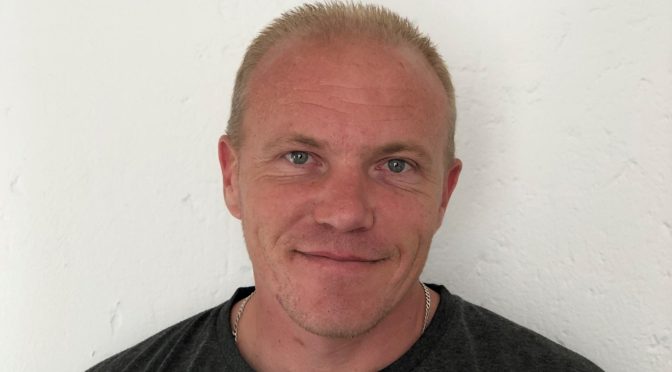 At 11 years of age, James Donovan started drinking. At 13, he was smoking weed and when he was barely out of his teens, he exchanged a sexual favour for a meagre R50 hit.

The boy who just wanted to fit in became the adult who lived on the streets, who was unemployable and virtually unlovable. After the first failed rehab attempt, his family made the tough decision to cut ties with him.

Then the kindness of a stranger changed his life. “I was living on the streets of Windsor in Randburg, Johannesburg, having lost everything and everyone in my life. Everyone was tired of me and I was completely alone with nothing but the consequences of what my addiction had become. Then one day I was hustling for money when this stranger I had tried to hustle extended a helping hand,” recalls James.

The man was determined to give James another chance. He contacted Sanca Wedge Gardens treatment centre and helped James apply for a government-subsidised bed in the Rand Aid Association-run facility.

Put on a waiting list, James remained on the streets, with his benefactor bringing food and blankets.

Six weeks later, on July 29, 2014, space for James became available. The 29-year-old arrived at Wedge with nothing but a plastic bag of clothes he had dug out of dustbins. “I was fearful and didn’t know where I would go after treatment but all that mattered in that moment was getting the pain to stop. In retrospect, the pain outweighed the fear of letting the drugs go,” he says.

James has been clean since that life-changing day, six years ago. Today, he works as an addiction counsellor for a Pretoria-based treatment centre, is in a stable relationship and has made amends to his family.

Of his partner, James says: “I am extremely grateful as she is also my accountability partner.”

Remembering his early days at Wedge Gardens, James says that ‘by doing the next right thing in that moment, allowed tomorrow to take care of itself and my life started falling into place’.

A journey to hell

Raised in Craighall Park, Johannesburg, and currently a Pretoria East resident, James says his childhood substance abuse allowed him to feel part of something.

Soon, however, the very thing that he thought was enabling him to fit in with his peers, alienated him from society.

“The impact substance abuse had on me was catastrophic. I lost numerous jobs due to lack of attendance, theft, abusing substances during work, lack of performance and even being caught buying drugs while driving a company-branded vehicle. I have also lost two job prospects because of my criminal record for theft and fraud.

“My education was greatly affected too. I was abusing substances in school and selling illicit substances – mainly cocaine and ecstasy – on the premises to other students. My juice bottle was often filled with vodka.

“I would steal from my family and was not an active member of my family structure. I would isolate and withdraw, leave home for days or come in and out of the house at all hours of the day and night. I would be high at family functions and events or just not pitch up at all. The police raided my family home looking for drugs and my mother would see me begging at robots, which broke her heart.”

Eventually, his mother gave him an ultimatum – go to rehab or leave home. James went but the day his treatment ended, he relapsed. Eventually, they turned their backs on him. “I had stolen the smiles off their very faces and caused them to live like prisoners in their own homes, with locked doors and hiding valuables for fear of me stealing or pawning their personal belongings.

“Drugs helped me escape, to alter my perception of reality and to temporarily fix how I felt inside.”

The family moved to the UK when James was 16 but after being bust for burglary, he was put back on a plane to South Africa. “Drugs were so much more expensive there, so I turned to criminal activity to support my habit.”

Back on home soil, James started to experiment with party drugs such as magic mushrooms, cocaine and khat. “I was mixing drugs and found that combinations of drugs could give me different highs and effects. All of this while trying to balance school and this secret life I had been living. Narcotics created an illusion that my life was manageable.

“I then progressed into experimenting with crack cocaine and heroin, which became my drug of choice.”

James’s life spiralled out of control. “Addiction was a bottomless pit of emptiness inside me that could never be filled.”

After being told to leave the family home by his mom, James lived on the streets and soon found himself in Sun City prison in Diepkloof, Johannesburg, for shoplifting.

“I remember telling myself in prison that I was done with drugs but when I was released, I went straight back to them. I was powerless in the face of my addiction and could not give up the very thing that was taking everything away from me, including my sanity.

“I became just another junkie on a street corner, living to use and using to live.”

Over the next few years, James spent a cumulative two years in prison and went in and out of rehab. In 2011, he was sectioned to a government treatment centre and ordered to complete a three-month programme or go back to jail for theft.

For the first time, James was introduced to Alcoholics Anonymous’s (AA’s) 12-step programme. He found a sponsor and attended Narcotics Anonymous (NA) meetings but 16 months into his recovery journey, he started to obsess about drinking. “In my mind, I never had a problem with alcohol. I was drug tested often so alcohol would be the one thing I could get away with.

“They say that this disease of addiction is cunning, baffling and powerful. My own mind convinced me that I was just going to have one drink, that no one would know.”

The consequences of that decision saw James back on the streets as an active addict. He also stayed and worked for a while at a Nigerian-run brothel where, he says, the girls were kept virtually captive.

“My pattern became clear to me. I would get into a rehab, rack up some clean time, relapse, lose everything, end up back on the street and then go back to prison.

“That last time, I was convinced that I was going to do things differently. I was going to try not steal and turned to begging instead. My career became dishonesty, lying to people about some elaborate story of needing petrol for a car that did not exist, or needing nappies and formula for a baby that was not real. There were days when begging was just not enough and I would need to steal, risking my freedom in exchange for sucking my soul through a crack pipe.”

It was at this rock-bottom point that James, hustling for money, met the person who cared enough to help a stranger get into Wedge Gardens rehab centre.

“One of the most profound things I learnt at Wedge Gardens is that ‘addiction doesn’t come in bottles and pills; it comes in people’. The drugs were but a symptom of the actual problem and the problem was me.

“I learnt through AA’s Big Book that my addiction centres in my mind rather than my body. Neither drugs nor relationships, money, validation, affirmation or status could fill the void in me. No amount of any of these things could keep me clean. A quote to this effect is, ‘My outward circumstances do not change my inward reality’.

“Carl Jung, a leading psychiatrist and contributor to the AA Big Book, believed that spiritual development could cure mental illness. When we work on our spiritual aspects, we straighten out mentally and physically as well.”

James says his time at Wedge Gardens was incredibly informative. “I think the desperation I had when I walked in there is the very thing that allowed me to go into recovery with an open mind. Completely defeated by my addiction, I had become willing to do whatever it took and follow whatever suggestions were made.”

James attributes the fact that he has not relapsed to his willingness to work the 12-step programme. “It’s not been so much the intensity of the programme, but rather the consistency of the programme I work. To this day, I have a sponsor, work the steps, have service position at NA meetings, attend the fellowship meetings and maintain my relationship with a higher power… and I’m still standing as a result of it.

“The process of rebuilding my relationships continues and I have learnt that the best apology is changed behaviour.

James says his work as an addiction counsellor enables him to ‘turn the mess of my past into a message of hope for others’.

“I know I am always one bad decision away from the worst day of my life. That knowledge is what keeps me committed to the 12-step programme.”